THEI Eyeballs The Earth ~ Has the True Shape of the Planet Been Discovered? Part 3: Lets go Flat Out (Scientifically)

The History of Flat Earth

SUBSCRIBE 112K
International Flat Earth Research Society President Eric Dubay presents the complete history of Flat Earth from the beginning of recorded history to today. Please help share this most important presentation with as many as you can. Also please be sure to download and re-upload this and my other videos so they cannot censor us all. Thanks so much to all my subscribers. For more information about our flat, motionless Earth visit: http://www.EricDubay.com http://www.AtlanteanConspiracy.com http://www.IFERS.123.st

SUBSCRIBE 20K
Support this channel via www.PayPal.me/TheMorgile1 OR www.Patreon.com/Themorgile The title pretty much says it all! Enjoy : )

Paul On The Plane

SUBSCRIBE 4.6K
The globe model was debunked by the Michelson-Morley Experiment which failed to prove the earth moved. Einstein was forced to come up with his Theory of Relativity to handle this experiment because it decimated the scientific community with its results. Einstein’s theory required the elimination of the aether, since his psuedo-science didn’t work without it. The Sagnac Experiment then proved the aether did in fact exist, debunking Relativity. Still, the globe deception was pushed into the school system to brainwash our youth. That’s why there is any debate today on the nature of our world. The scientific community debunked the globe model a century ago using the scientific method, and their experiments are still valid today – being observable, testable, repeatable…but the deception lives on because of pseudo-science propagated in schools to influence those too young to think critically for themselves. Wake up, people. It’s flat. Original video here: https://www.youtube.com/watch?v=VT47N… Subscribe to Flat Earth Science’s Channel here:https://www.youtube.com/channel/UCXBe…

END_OF_DOCUMENT_TOKEN_TO_BE_REPLACED

The FootageDirect archive includes historical and contemporary footage covering a wide range of subjects from corporate images to war footage, public domain movies and film trailers to industry archive and modern. . . From Description uploaded with video.

Montana PBS’s new documentary, Clearing the Smoke, reveals how cannabis acts on the brain and in the body to treat nausea, pain, epilepsy and potentially even cancer. . . . Posted on youtube w/video. 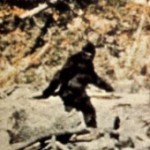