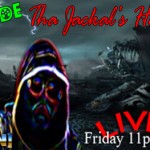 It is my great pleasure to announce the addition of a new columnist to our Insider Group line-up. Our great friend and partner in the Soup Media Network, Angel Espino AKA Tha Jackal is bringing his own knowledge and way of seeing things to the pages of THEI with  his (UN-scheduled) “[Inside]Tha Jackal’s Head – Hard Copy.”. . . . EDITOR

Tha Jackal lives in Miami, Florida. He is a long time locally popular Rapper and Radio Host.  His popular radio show, [Inside] the Jackal’s Head” (what else) can heard Live every Friday 11pm estonly at www.psn-radio.com & www.sofloradio.com
For full archives Click Here .

[Inside] the Jackal’s head is ” A Show about everything! From Music to movies to sports, and even the paranormal, and ufology. Come check out the voices inside my head! – Tha  JackaL. 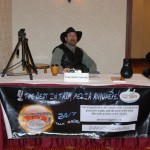