END_OF_DOCUMENT_TOKEN_TO_BE_REPLACED

Ah, how we love those persistent worldwide underground mysteries (that’s what we live for). . . . EDITOR

VICTORIA – In the last 48 hours a number of people in Sooke have reported feeling powerful tremors that some believe are an earthquake.

“I heard what sounded like a freight train coming, that rumble, and it was very brief. My bed actually shifted,” one Sooke homeowner told CTV News.

Seismologists say there are no indications of an earthquake in the Sooke area and all calling the recent reports a mystery. . . . Read Complete Report 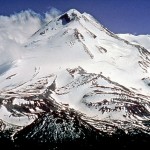