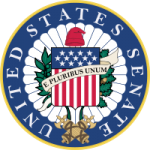 The Foreign Intelligence Surveillance Act , or FISA which is a piece of legislations that allows the US government to monitor civilian phonecalls and interraction without a warrant has been up for debate in the Congress. Some congressmen took the turn discussing dangers of the act while another demanded to make it a little more transparent, which was turned down though. The bill hasn’t been well-received by privacy advocates either. RT’s Meghan Lopez has more.
RT America LIVE http://rt.com/on-air/rt-america-air/