Mudd admits he doesn’t watch t.v. because it “turns your brain to cotton candy”… why would he say that unless it’s completely true? Did he learn of mind control techniques?

The greatest form of control is when you think you’re free when you’re being fundamentally manipulated and dictated to. One form of dictatorship is being in a prison cell and you can see the bars and touch them. The other one is sitting in a prison cell but you can’t see the bars but you think you’re free. , , , From description published with video.

Mind Control – The Hidden Effects Of Television On The Brain

Alan Watt Gives An Excellent Explanation On The Hypnotic State The Brain Is In When You Watch Television. 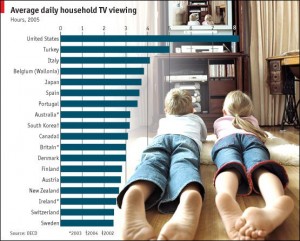 http://truthstreammedia.com/wall-stre…
http://solari.com/blog/entrainment-su…
(Truthstream Media.com) Television is mass mind control, and the Internet and cell phones are using the technology, too.

Former managing director and member of the board of directors of Wall Street investment firm Dillon, Read & Co, as well as former Assistant Secretary of Housing and Federal Housing Commissioner in the Dept. of H.U.D. during the Bush 41 administration, Catherine Austin Fitts relays a chilling conversation she overheard circa 1984 while working on Wall Street, where executives discussed how subliminals and entrainment technology was about to be deployed through the television waves. From Description published with video. 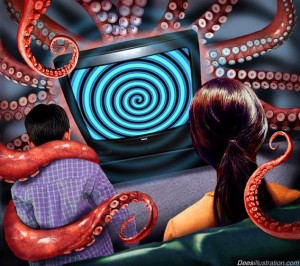 Nelson Nevada was named El Dorado in its heyday which started in 1859 and lasted until 1945 when gold was discovered in nearby El Dorado Canyon.  Queho, whose claim to fame is going down in history as “Nevada’s first mass murder”  took odd jobs around EL Dorado before he became a fugitive. . . The  Vegas footage from 1958 is worth the price of the ticket. . . EDITOR

Welcome to the surveillance age where everything you posses can be used by the State to spy on you. In soviet America TV watches you!

A subscriber sent me a link to this original, ultra-rare live footage of an NBC news report on the alleged crash 9/11 of United Flight 93 in Shanksville, PA. It was never re-broadcast or seen again until a YouTube user by the handle kbootsy uploaded it and apparently sold it to metacafe.com, which although it does not prevent embdedding – the encoding is at odds with most people’s platforms.Luckily, I was able to find this version of the original footage on Vimeo.
Video (about 2 and a half mins):

The Oopa Loopa Cafe, an internet weekly entertainment venue since early 2008, is now expanding in scope, schedule, and reach. A two hour daily schedule, a real multi-camera, TV studio with experienced and adept production personnel, and a substantial cable and internet audience are just the parts that make it technically possible. The most important aspect is the content. Adding to a rich history of informative and entertaining guests and topics, the Oopa Loopa Cafe will now also feature regular contributions from Ancient American magazine, Temerity Magazine, UFO Journal, InvestComicsTV, JOLE Productions, Unraveling the Secrets, independent films, local END_OF_DOCUMENT_TOKEN_TO_BE_REPLACED

The following was submitted by Oregon State University Research News and Communications:

CORVALLIS – Researchers at Oregon State University have confirmed what we knew all along – children in this country are increasingly sedentary, spending too much time sitting and looking at electronic screens.

But it’s not necessarily because of the newest gee-whiz gadgets – parents play a major factor in whether young children are on the move.

In two studies out online today in a special issue of the journal Early Child Development and Care devoted to “Parental Influences of Childhood Obesity,” OSU researchers examined how parenting style – whether a strict but loving parent or a less-involved and more permissive parent – was associated with sedentary behavior.

Overall, they found that children who had “neglectful” parents, or ones who weren’t home often and self-reported spending less time with their kids, were getting 30 minutes more screen time on an average each week day.

More disturbing to lead author David Schary – all of the children ages 2 to 4 were sitting more than several hours per day. . . Read Complete Report

Television and the Hive Mindset

It was the night before Halloween, 1938. At 8 p.m. CST, the Mercury Radio on the Air began broadcasting Orson Welles’ radio adaptation of H. G. Wells’ War of the Worlds. As is now well known, the story was presented as if it were breaking news, with bulletins so realistic that an estimated one million people believed the world was actually under attack by Martians. Of that number, thousands succumbed to outright panic, not waiting to hear Welles’ explanation at the end of the program that it had all been a Halloween prank, but fleeing into the night to escape the alien invaders.

Later, psychologist Hadley Cantril conducted a study of the effects of the broadcast and published his findings in a book, The Invasion from Mars: A Study in the Psychology of Panic. This study explored the power of broadcast media, particularly as it relates to the suggestibility of human beings under the influence of fear. Cantril was affiliated with Princeton University’s Radio Research Project, which was funded in 1937 by the Rockefeller Foundation. Also affiliated with the Project was Council on Foreign Relations (CFR) member and Columbia Broadcasting System (CBS) executive Frank Stanton, whose network had broadcast the program. Stanton would later go on to head the news division of CBS, and in time would become president of the network, as well as chairman of the board of the RAND Corporation, the influential think tank which has done groundbreaking research on, among other things, mass brainwashing. . . . Read Complete Report

Entertainment – Enslaving the Minds of the Masses