From United Nations website: “Agenda 21, UNCED, 1992 Agenda 21 is a comprehensive plan of action to be taken globally, nationally and locally by organizations of the United Nations System, Governments, and Major Groups in every area in which human impacts on the environment.” Read Complete Official UN document.

Alex invites Rosa Koire author of Behind the Green Mask
http://store.infowars.com/Behind-The-…
to disclose how Agenda 21 is being used to create compact cities and how to defeat this monster that is invading our lives.

How many bad policemen does it take to say that we are living in a police state? Of all the abuses of power by the newly federalized police across America, there is one law enforcement agency that is moving to the head of the class with regard to invoking police state type of tactics against innocent American citizens, and that agency would be the United States Park Police. However, the United States Park Police is a misnomer because the title of this agency should be The United Nations Park Police. The unconstitutional and brutal practices of this Gestapo organization provides Americans with a glimpse of what it will be like to live under the New World Order under its Agenda 21 policies. . . . Read Complete Report

UPDATE: Her name is Emily Yates ofhttp://emilyyatesdoeseverything.com/ and her crime was apparently sitting on the wrong bench. That was the cop’s bench, not the people’s bench.
I watched as this woman was brutally arrested outside of the Liberty Bell. Saturday August 31, 2013.

Follow the story of super patriot Adam Kokesh (Adam VS The Man) as he challenges the US Park Police on several constitutional issues, is illegally arrested several times and then turned loose.  Finally his home is raided and he is kidnapped and incarcerated and is currently awaiting trial in jail. . .  EDITOR

2 MINUTES TO MIDNIGHT
AGENDA—-21 IN FULL SWING
http://www.whitehouse.gov/the-press-o…
This is an executive order signed by President Obama on March 16, 2012. It gives the federal government the legal right to confiscate any of your property during war OR peace time. We all need to be aware that our rights are being taken away on a daily basis. Please pass this information around to others! Link:
National Defense Preparedness Order
http://www.whitehouse.gov/the-press-o… 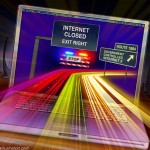