Photo: Researchers say this crystal found at the Alderney shipwreck near the Channel Islands could prove fabled Viking sunstones really did exist. (© Alderney Museum) (Fair Use)

Ancient lore has suggested that the Vikings used special crystals to find their way under less-than-sunny skies. Though none of these so-called “sunstones” have ever been found at Viking archaeological sites, a crystal uncovered in a British shipwreck could help prove they did indeed exist.

The crystal was found amongst the wreckage of the Alderney, an Elizabethan warship that sank near the Channel Islands in 1592. The stone was discovered less than 3 feet from a pair of navigation dividers, suggesting it may have been kept with the ship’s other navigational tools, according to the research team headed by scientists at the University of Rennes in France. . . . Read Complete Report

Sharpeners may be smoking guns in quest for New World’s second Viking site.

For the past 50 years—since the discovery of a thousand-year-old Viking way station in Newfoundland—archaeologists and amateur historians have combed North America’s east coast searching for traces of Viking visitors.

It has been a long, fruitless quest, littered with bizarre claims and embarrassing failures. But at a conference in Canada earlier this month, archaeologist Patricia Sutherland announced new evidence that points strongly to the discovery of the second Viking outpost ever discovered in the Americas. . . . Read Complete Report

“The most famous Viking ruins can be seen at the former “Eastern Settlement” on the southwest tip of Greenland, near the present-day towns of Narsaq and Qassiarsuk. Here is found Brattahlid, the farm Eric the Red established in 986, as well as reconstructions of the bishop’s residence at Gardar and Hvalsey Church.” . . . Read Complete Report

Movie from the Viking village on the island of Newfoundland. Canadian
National Historic Site and UNESCO Site. 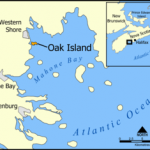