From National Geographic News by Ker Than Published April 12, 2013

It’s not quite Back to the Future, but a young Iranian inventor claims to have built a time machine that can predict a person’s future with startling accuracy.

Ali Razeqi, who is 27 and the “managing director of Iran’s Center for Strategic Inventions,” claims his device will print out a report detailing an individual’s future after using complex algorithms to predict his or her fate . . . Read Complete Report

All news, not just weird news, is ultimately about one thing — conflict.

You might be talking about Democrats vs. Republicans, DOMA vs. marriage equality, or the Westboro Baptist Church vs. the rest of the world. It’s all about conflict.

In the world of weird news, the lines are drawn just a little bit differently.

So let’s look at some of those conflicts. . . . Read Complete Report

From NBC World News 5 Days ago

A Chinese vessel that ran into a protected coral reef in the southwestern Philippines held evidence of even more environmental destruction inside: more than 22,000 pounds of meat from a protected species, the pangolin or scaly anteater.

The steel-hulled vessel hit an atoll on April 8 at the Tubbataha National Marine Park, a UNESCO-designated World Heritage Site on Palawan island. Coast guard spokesman Lt. Cmdr. Armand Balilo said Monday that 400 boxes, each containing 25 to 30 kilograms of frozen pangolins, were discovered during a second inspection of the boat Saturday. . . . Read Complete Report

HAPPY NEW YEAR from the staff of THEI! (w/Video)

10 Weird New Year Traditions All Over The World

New Year is a time that is celebrated by all regardless of the origin, nationality and cultural background. People believe that the coming year will fill their life with love, bliss, wealth and good fortune. They pray to get rid of all the ill fated memories of the past. New Year is considered the best time to make promises and resolutions and to straighten ones self. This post compiles 10 funny, weird or freaky New Year customs, traditions and festivals practiced around the globe. . . . Read Complete List with photos. 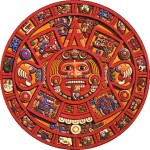 Uploaded on Apr 1, 2008 by mediadigitaal

Photo: Kronic a popular way for people to get past the drug laws and still have that “attitude Adjustment” when they need it. SOURCE: 109.com

Using poison chemicals that a person knows nothing about is ludicrous. It’s a crying shame that a “free” American has to stoop this low to keep a job or whatever just because he wants a joint to grab a quick attitude adjustment.

Problem is,when you put unknown chemicals in your body that were mixed by someone you don’t know that person might be only in it for the money. That’s ludicrous also. What’s to keep this “chemist” from putting anything in the phony weed to make more profit.

What we  need, is to have access  to the miracle drug that god gave us; not more chemicals to poison our bodies; all so the controllers and their pals can sell us their man made, money driven, poisoning goods without competition.

One of the chief attractions of synthetic cannabinoids — which are, make no mistake about it, NOT “synthetic marijuana” or anything near it — has been that these substances don’t show up on conventional drug screening tests, which after all, aren’t designed to detect them. God knows they don’t have many attractions, and no stoner in his or her right mind would ever smoke these blends if real weed is available.

The Weird History of Synthetic Cannabis

Depending on where you live, scoring actual marijuana can be difficult and risky. But you can get synthetic Cannabinoids at your local gas station. You see them packed into small foil pouches, touting a legal reproduction of a natural high. Local and federal municipalities have taken lengths to remove many from sale, but more continue to pop up.

Why have some of these substances been deemed illegal? Are they as safe as marijuana? Also, is there an ingredient missing from these packages that would normally be a very active constituent of marijuana? Find out the truth about synthetic cannabis below. . . . Read Complete Report