Rick Osmon: Falling Up!; Now Why Didn’t They Think of That (Sooner)? 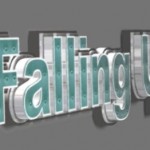 After nearly two decades of research, I’m writing about the hollow earth. But it is much more than that. It is a comprehensive treatment of what we call gravity. It is a history of science. It is an approach to extract limitless energy from the cosmos itself. It is the synthesis of that which makes the universe and, thus, it is the death knell of the Big Bang theory.

Yes, it has quantum physics and black holes and Einstein-Rosen Bridges. It also has Gilgamesh, Olaf Jansen, and Alice in Wonderland. It has ideas from  astronomers, comic book artists, geologists, and nuclear reactor technicians.

Could a void at the center of the planet somehow provide a third of the world’s current energy needs? Well, maybe.

This book is not exactly a set of engineering drawings, it merely describes a concept. The concept is almost too simple to be believable, but it IS testable. The conceptual test could be designed for a fairly modest laboratory.

If you’ve ever been interested in Hollow Earth Theory, worm holes, black holes, or “free energy” this is the book for you.

So now I’m asking for a show of hands: Who would be willing to reserve an advanced copy? I’ve posted a Kickstarter campaign to move the project along. If you think this is something you could support, take a look at the Kickstarter link above.