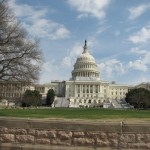 A Yahoo News article reports how a think-tank report by the Sunlight Foundation, a D.C.-based 501(c)(3) educational organization, trashed members of Congress on their speaking skills, trashing some more than others. SF ranked members according to the Flesch-Kincaid test, a scale that gave Abe Lincoln a writing score of a high school junior for the Gettysburg Address and Ernest Hemingway novels that of a fifth grader. This asinine approach, applying a test of writing skills to spoken language, is already bad enough, but on top of all else, the SF is supposed to be an apolitical educational foundation dedicated to transparency in government. Yet, the rankings were accompanied with commentary that clearly categorized Congressional Members by political leanings. They didn’t say “Republican” and “Democrat”, but they used “liberal” and “conservative” or “Right” and “Left”. They had to at least give the appearance of being apolitical because 501(c)(3) corporations are prohibited from blatant party promotion, direct affiliation, or individual candidate bias. Showing such bias could get their tax free status pulled. The DNC and RNC are exempt from that, of course.

Let’s get back to the findings. Generally, liberals used bigger words and more complex sentences than did conservatives. Is that a reflection of the ways in which they write bills for Congress that we must then obey and fund? Sadly, yes, it is.

Without risking plagiarism, but, more importantly, without stealing Yahoo reporter, Virginia Hefernan’s, thunder, the Member of Congress who got the lowest ranking from Sunlight Foundation is an absolute ace at public speaking, far better at executing the concept of public communications than most of his colleagues. He not only addresses his constituents, he interacts with them. And he doesn’t need a teleprompter. Nor does he need a professional speech writer. He just happens to be a Republican who was ranked at a 7th grade level using the Flesch-Kincaid test.

All the above notwithstanding (using that big word just raised this article’s ranking), I think I figured out why the Right uses smaller, simpler words than the Left: they are addressing the Congress, not just their own party. In any case, the overall score for the entire Congress is downright dismal. As a group, Congress speaks at the level of a high school sophomore. Even more dismal is their level of concern for the taxpayer. Yes, they really are sophomoric.

The main question here, though, is why would Sunlight Foundation or any educational body try to apply a readability score to oratory? Does this at least partially explain what is wrong with our education system?