The Young Turks: Are We Winning The War on Drugs? (Video Report) 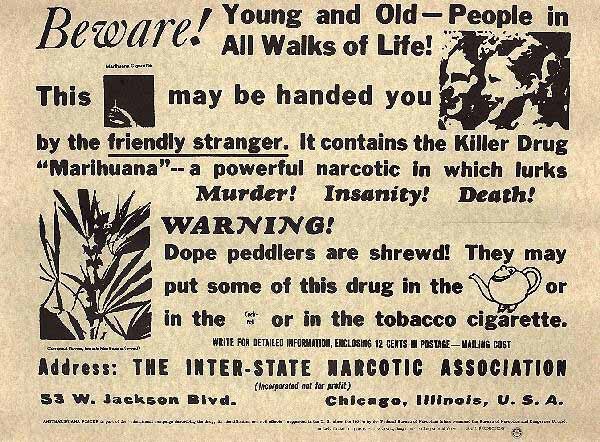 A 1935 poster warns of the “dangers” of marijuana.SOURCE wikipedia.org/wiki/File:Killerdr, (Public Domain)

“Americans believe overwhelmingly that the U.S. is losing the war on drugs and are unenthusiastic about spending more money to win it, according to a Rasmussen poll released Tuesday.