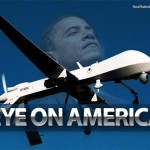 From USNews By STEVEN NELSON January 7, 2014

A bipartisan team of California state senators introduced legislation Monday that would prohibit the state and its localities from providing “material support” to the National Security Agency.

If the bill becomes law, it would deny NSA facilities access to water and electricity from public utilities, impose sanctions on companies trying to fill the resulting void and outlaw NSA research partnerships with state universities. . . . Read Complete Report

From USNews By STEVEN NELSON December 9, 2013

Arizona state Sen. Kelli Ward announced legislation Monday that would ban the National Security Agency from operating in her state.

“I believe the number one priority for national security is defending and protecting the Constitution,” the Republican who represents the Lake Havasu City area of northwest Arizona said in a statement. “Without that, the rest becomes irrelevant. There is no question that the NSA program, as it is now being run, violates the Fourth Amendment. This is a way to stop it.” . . . Read Complete Report 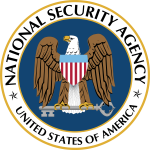 Their job is to get the ungettable. A unit of mostly young hackers are helping the National Security Agency break into computers around the world to access some of the toughest targets. . .  From description published with video.

In the ongoing battle between the NSA and Edward Snowden, the events of this week have tipped the balance toward the whistleblower. . . . From description published with video.