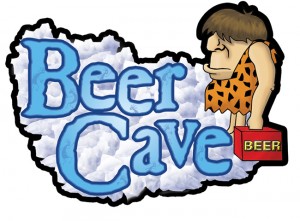 A sinkhole caused a section of a central Florida resort villa to partially collapse early Monday, while another section of the villa was sinking, authorities said.

From The Advocate BY DAVID MITCHELL dmitchell@theadvocate.com

The most awesome sink holes found in nature cannot compare to the scariest sink hole known to man located near the Potomac River.

Featured Image: FOR ILLUSTRATION ONLY. The Devil’s Sinkhole. This was the original site for a limestone dig near Hawthorne, Florida. The Devil’s Hole (sometimes referred to as the “Devil’s Toilet Bowl” by the locals) is a fun spot for an afternoon dip. There is a rope swing, and two stands to jump from. CREDIT: Xlandfair SOURCE: Wikipedia Commons (Public Domain).

Are There A Lot More Sinkholes Lately Or Just More “News” Coverage Of Them? (Video Report)

Category: Hollow Earth/ Subterranean Worlds, It's a Strange World After All / Tags: Are There A Lot More, Coverage, Lately, More, news, Sinkholes

Update: Out of control nightmare: tremors increasing at massive 13-acre Louisiana sinkhole (+) Louisiana Sinkhole Crisis is Out of Control — GET OUT of Southern Louisiana NOW! (Video Report)

From The Extinction Protocol

April 2, 2013 – LOUISIANA – The head of Louisiana’s Department of Natural Resources named 13 scientists and other experts Friday to serve on a blue-ribbon commission tasked with determining the long-term stability of the area around northern Assumption Parish’s sinkhole. The 13-acre sinkhole and consequences of its emergence and continued growth, such as methane trapped under the Bayou Corne area, have forced the evacuation of 350 residents for more than seven months. The sinkhole, found in swamps between Bayou Corne and Grand Bayou on Aug. 3, is believed to have been caused by a failed Texas Brine Co. LLC cavern mined into the Napoleonville Dome. . . . Read Complete Report

Louisiana Sinkhole Crisis is Out of Control — GET OUT of Southern Louisiana NOW!

I created this video with the YouTube Video Editor (http://www.youtube.com/editor)

Photo: This sinkhole occurred in 1981, in the time span of one day. (The City of Winter Park later stabilized and sealed the sinkhole, converting it into an urban lake.) CREDIT: NOAA/NGDC, A.S. Navory.

NPR: Strange things happening near massive sinkhole in Louisiana – “Doors pop open by themselves” – You can hear the cracking”

Travel inside a sinkhole

Ever wonder what a sinkhole looks like on the inside? CNN’s David Mattingly dives in for a peek in Florida. For more CNN videos, visit our site at http://www.cnn.com/video/

Could the under-people have gotten a-hold of a copy of “The Mole People” and realized they had the best plan for abduction particularly interesting looking humans simply by sucking them into the dark realms. . . I know, I’m a nut and am truly sorry about the lose of life.  But the thought just crossed my conspiratorial mind. After all, there are under-people. . EDITOR

From Eye on Golf

Well if this isn’t the most terrifying thing I’ve ever heard about happening on a golf course, I don’t know what is.

St. Louis golfer Mark Mihal fell 18 feet down a sinkhole in the middle of the fairway last weekend during a round of golf in Waterloo, Ill. Read & Hear Mark’s first hand account.