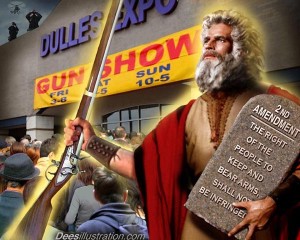 Sandy Hook’s real bond to Columbine, Big Pharma’s horrific studies laid bare for the first time and a peek into the village of eternity. Seek truth from facts with psych med victims, the man who unearthed the industry’s deadly find, Irving Kirsch, US government whistleblower Allen Jones, the world’s top happiness Professor Andrew Oswald, and Tracey Lawson, author of A Year in the Village of Eternity.

. . . ““The president is going to act,” Biden progressed. “There are executive orders, executive actions that can be performed,” the vice president said. His statement clears the notion about whether the president will continue acting as a dictator, making up laws and regulations that he has no power to enact.” . . .

. . . “The regulations in force in New York against assault weapons were enacted after another mass shooting, the one in Columbine in 1999, where two students took the lives of 12 students and a teacher. More violent shootings have happened after Columbine; a fact which demonstrates two things: bans on firearms do not end shootings anywhere, and government cannot protect a disarmed population.” . . . Read Complete Report

One of the great myths of modern society is that the police are heavily armed and have both ammo and personnel in huge numbers. In reality, it’s quite the opposite: police and sheriffs are dangerously under-staffed all across the country in nearly every city and town.

Furthermore, severe budget cuts have left law enforcement with dwindling ammunition supplies. In some departments, it’s so bad that nearly the only ammo available is what officers are carrying on their duty belts.

Gun control debate: Is an assault weapons ban out of reach?

Vice President Joe Biden announced Thursday that he will recommend new gun control measures to President Barack Obama, which include more comprehensive background checks on gun buyers and limits on the sizes of ammunition magazines. The proposal could lead to the most significant move on guns in 20 years, but one regulation highly coveted by gun control advocates was notably missing: a ban on assault weapons.

In 1994, President Bill Clinton managed to push through a sweeping ban on certain kinds of semi-automatic weapons, dealing a crushing blow to the National Rifle Association and other gun lobbyists and sparking a political backlash that helped Republicans reclaim the House and Senate for the first time in 50 years. . . . Read Complete Report

To Ban or Not to Ban? That Is the Question for Obama

Will he or won’t he?

That’s what’s on the minds of gun owners and lobbyists and activists on both sides of the gun control debate – will President Barack Obama call for an assault weapons ban in the wake of a spate of deadly mass shootings or not?

Politically, such a ban doesn’t stand much chance of passing Congress, with a Republican House. It’s not even clear a ban would pass the Senate, despite its Democratic majority.

“As I’ve dug into it, I’m not sure that’s the answer because the definition of an assault weapon has not much to do with what it actually does but more with what it looks like,” says Maine Sen. Angus King, an independent who caucuses with Democrats. . . . Read Complete Report