Update: Out of control nightmare: tremors increasing at massive 13-acre Louisiana sinkhole (+) Louisiana Sinkhole Crisis is Out of Control — GET OUT of Southern Louisiana NOW! (Video Report) 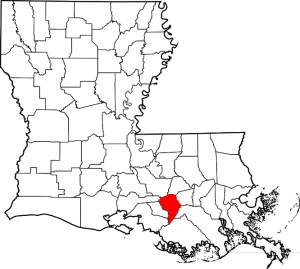 From The Extinction Protocol

April 2, 2013 – LOUISIANA – The head of Louisiana’s Department of Natural Resources named 13 scientists and other experts Friday to serve on a blue-ribbon commission tasked with determining the long-term stability of the area around northern Assumption Parish’s sinkhole. The 13-acre sinkhole and consequences of its emergence and continued growth, such as methane trapped under the Bayou Corne area, have forced the evacuation of 350 residents for more than seven months. The sinkhole, found in swamps between Bayou Corne and Grand Bayou on Aug. 3, is believed to have been caused by a failed Texas Brine Co. LLC cavern mined into the Napoleonville Dome. . . . Read Complete Report

Louisiana Sinkhole Crisis is Out of Control — GET OUT of Southern Louisiana NOW!

I created this video with the YouTube Video Editor (http://www.youtube.com/editor)