Rick Osmon: The Department of [In] Justice ~ Biz as Usual 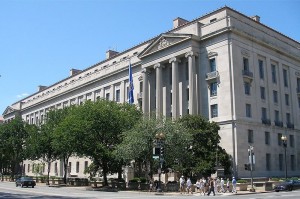 EXCLUSIVE to The Hollow Earth Insider

100% Disabled vet takes on DVA and DoJ at same time, and it looks like he may win despite severe underhandedness

With all the news about a US Attorney digging through phone records at Fox News, this reporter has a bit to add to the state of confusion over just what the Department of Justice is facing in the near future.

When THIS STORY hit yesterday at Washington Post about “The chief judge of the District’s federal court issued an unusual order Wednesday, apologizing to the public and the media for not making certain court documents widely available online.” I read that as “official apology for official misconduct” and a little light bulb went off for me. You see, a friend of mine, Ken Hudnall, has a case pending in that court, but some really strange actions by one judge and equally strange behavior by the US Attorney’s office is concurrent with the other strangeness that has happened at that court over the past few months. After my friend’s case encountered multiple court approved motions for delays (aka expansion of time) submitted by the US Attorney (all of which appear to have violated the court’s standing order on such things), and with several millions of dollars in real and putative damages at stake, the USDoJ Attorney representing the defendant  in the case, The United States Department of Veterans Affairs and, by extension, the United States itself, has not even tried to talk to the plaintiff, Ken Hudnall. With the exception of one brief phone call, the US Attorney just copied Ken on emails. The problem with the emails approach is: Ken, not being a member of the DC bar, had no access to the electronic filing system in the court. Nor did he have direct access to the aforementioned standing orders that apply to such cases. Ken, thus, had to go through the Clerk of the Court during business hours for all his communications. So, the net result is that Ken and the USDoJ did not have equal access to court communications. And, no, that isn’t necessary nor is it legal. Ken filed a motion that would allow him access to the “efile” system at the same time he filed the case, more than a hundred days ago.

There is now a complaint before the Deputy Exec of the DC Circuit, Steven Gallegher, filed by Ken, before the Washington Post story hit, alleging favoritism to the US Attorney due to unequal access to the court. Odd that it would hit at about the same time that court is apologizing for restricting on-line access to the records in the Rosen case as cited in the Washington Post story.

Ken got his password to the email/efile system, finally – after his complaint was filed and after the Washington Post got its FOIA documents in the Rosen case, but there may very well be much more going on there than the WP story illustrates. The Rosen case records are now available on line. I’ll be looking closely at who, that is, which judge, signed the warrants and which US attorney requested them. More to point, who within the court decided to continue restricting access to those documents after a Federal Court ordered their general release?

Once Ken’s case record is available to the public on line, if it ever is, there will be a public record indicating, unequivocally, that the court itself doesn’t always follow its own rules. So the Rosen document non-release that lasted eighteen months may have been just business as usual.