Pyramids of Waste aka ” The Lightbulb Conspiracy ” (Video) 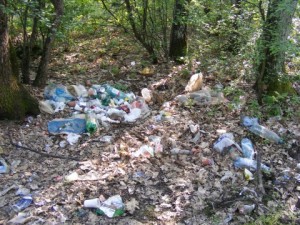 Planned Obsolescence or “This car will disintegrate right after final payment”

As I’ve said many times, since the introduction of the TV into virtually every home in the “free World” the Controllers have used this propaganda machine to create a people who have been indoctrinated to worshiping “stuff”.  However, having crated a society that worshiping “stuff” the Controllers of where the profits of the “stuff” ends up also realized that as people accumulated that “stuff” their sales of “stuff” would one day reach a saturation point.  Everyone would have all the “stuff” they could possibly store.  They would run out of room and would have to stop buying.  The answer – planned obsolescence – cheaper produced “stuff with a lifetime value of nil, however,  building in a “fail date” in products is far older than that.  This led to us also becoming a consume then throw-a-way society.

The video below is an excellent way to wrap your brain around the twists and turns of this conspiracy. And you can switch the light bulb manufacturing as reported in this video with almost any other manufactured product you buy.

Oh, and could the reason for the law forcing every American to change the type of light bulbs have anything to do with the fact that Philips, a major light-bulb manufacturer and not an American company, has developed an old-fashioned, Edison invented light bulb that will last a man’s lifetime? Food for thought. . . . EDITOR