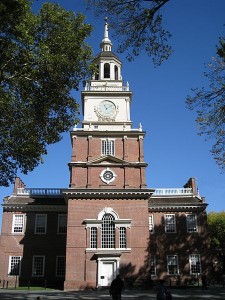 The movie is about lower to middle level Chicagoland mobsters who start eating their own in 1931. A setting I recognized easily was Geneva, Wisconsin, about an hour out of Chicago and 15 or so minutes from Mary Sutherland’s SciFi Cafe in Burlington, Wisconsin. One scene has a mob middle level boss, Paul Newman, addressing a meeting of mobsters about a proposal to take over the labor unions, “We already screw them after work, we don’t need to screw them at work, too!”

So now we have big government fulfilling both roles by including the mobsters in government.

In 1787, General George Rogers Clark led a thousand or so Kentuckian militia to protect Vincennes from raids by Kickapoo. Within a couple weeks, one Vincennes resident was heard to pray aloud, “Lord, please bring back the Indians, and send the Kentuckians home”. Today, the prayer sounds more like “Lord, please send the mobsters back to Chicago.”

Not Everything that comes out of Chicago is bad: blues, pizza, 70’s rock bands, comprise all the major exceptions I could come up with. And even those have failures.

Chicago was very good to Mister Sears, not so much to Mister Roebuck. Sears, Roebuck & Company was the greatest example of business partnership the world had ever seen. Then, when Mister Roebuck returned from a family vacation, he discovered he was no longer a partner.

The United States used to be a similar partnership between its citizens and their elected officials. Now we citizens find we have been excluded from the process. It is a variation on the theme from The Road to Perdition, the United States has started eating its own.

It’s time for citizens to cut short the vacation and become active partners once again.

Robbie Lethborg (one of the Australians who wishes us well)