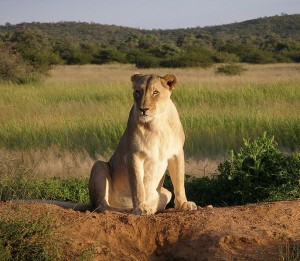 How close would you want to get to a lion with your camera for that perfect shot? It turns out that one way to capture the terrifying beasts — and produce spectacular images — is with a mini roving robot.