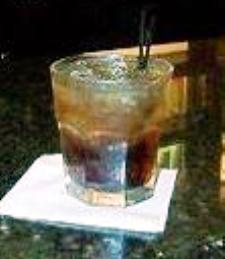 Featured Image: [Alcohol drink]  The Cuba Libre (/ˈkjuːbə ˈliːbreɪ/; Spanish pronunciation: [ˈkuβa ˈliβɾe], “Free Cuba”) is a highball made of cola, lime, and white rum. This highball is often referred to as a Rum and Coke in the United States, Canada, the UK, Ireland, Australia and New Zealand where the lime juice may or may not be included. SOURCE: Wikipedia (Public Domain)

A drug that mimics some effects of alcohol but lacks its harmful properties would have real benefit for public health, a leading scientist has argued.

Professor David Nutt, the Edmond J. Safra Professor of Neuropsychopharmacology at Imperial College London, has identified candidate molecules that reproduce the pleasurable effects of alcohol but are much less toxic. He is looking for investors to help develop the product and bring it to the market. . . . Read Complete Report