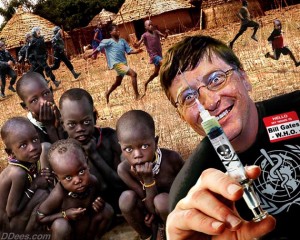 Scientists Call For Death Of Humanity

Dr Erik Pianka, the American biologist who advocated the mass genocide of 90% of the human race and was applauded by his peers.

We are constantly inundated with poisons forced on us through GMO foods, pharmaceuticals, fluoridated water supply, microwave radiation, and chemtrails.
The ignorant will buy into the whole global warming/population control agenda because they have been force fed this garbage their whole lives and are no longer capable of critical thinking.
For those that think the world is over populated due to food and energy shortages, you need to understand that the multi-national corporations create these shortages by forcing farmers not to grow, limiting development of new technologies etc., all to manipulate prices for their own gain.
God never advocated population control but Satan does.