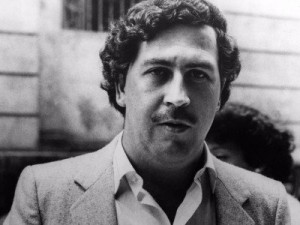 “… Where his first book primarily covered Escobar, the man as a father, Marroquín’s second — which has just been released in Argentina — delves into the kingpin’s “international ties of corruption in which my father had an active participation, among them with the American CIA,” he said in a recent interview. . . .”

“… If the CIA trafficking cocaine into the United States sounds like some tin foil conspiracy theory, think again. Their alleged role in the drug trade was exposed in 1996 in an explosive investigative series “Dark Alliance” by Gary Webb for the San Jose Mercury News. The investigation, headed up by Webb revealed ties between the CIA, Nicaraguan Contras and the crack cocaine trade ravaging African-American communities. . . .” Read Complete Report

Published on Dec 15, 2010
Colonel James Bo Gritz the real Rambo, commanded detachment “B-36,” U.S. Army Special Forces. With 62 decorations for valor, Gritz was the most decorated Green Beret of the Vietnam War. In the 1980s Gritz undertook a series of private trips into Southeast Asia, purportedly to locate United States prisoners of war which as part of the Vietnam War POW/MIA issue some believed were still being held by Laos and the Socialist Republic of Vietnam.

THEI over the years Updates:  “The Mena Connection”