Thoughts from an Underground Insider: Fake News: How Can we tell?

In these trying times of political unrest and the two political parties at each others throats,  combined with many of our citizens reaching the point of no trust in the MSM and with so many “alternative” news sites on the internet (like THEI) “fake news” has become as common as lying politicians.  How can we know what is true?

While digging into which stories I feel are of concern to you and the others who read THEI I have almost been sucked into reporting these lies myself. 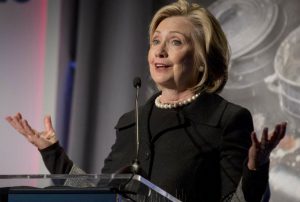 Because of this I have started to check my facts more than I use to. The latest one being “Top Clinton Aide Summoned By Congress Turns Up Dead.

“Just days after being summoned to appear before Trey Gowdy’s congressional committee to testify about Hillary Clinton’s email server, one of her aides was found dead at home of “natural causes.” . . . Complete “report”

A couple of other recent reports making the
“alternative” news sites with no truth in recently were:

After learning everything possible from Vince Foster’s exhumed body before it was stolen and burned, investigators gave the OK to have him reinterred. On inspection of the grave, it was discovered that the exhumation crew had cracked the concrete vault that held Foster’s casket, requiring it to be replaced. . . Complete “Report”

My first step when finding what I suspect is one of these Fake News Reports is to make a search for who is reporting this particular story on the internet. For instance, on the story of the Clinton Aid found dead I found the following: