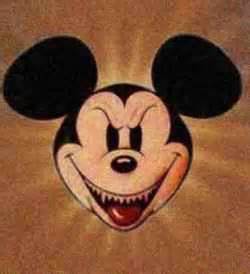 And for Canadian audiences…

Walt Disney as a propaganda tool of the Shadow Government used his famous and popular cartoon creations to make people not only support the war with their hard earned money but also not to question the war at all. Did he do this as a sign of patriotism or for financial gain? You be the judge...

Disney established Disneyworld in Florida in a far reaching conspiracy that was aided by the C.I.A. and congress. These shady dealings with the government have come to light in the book, Finding Florida by T.D. Allman, and is discussed by Tabetha Wallace and Tyrel Ventura of Buzzsaw.

Alternate Link: http://www.youtube.com/watch?v=p3BNJO…
Similar to Farhan’s ‘Illuminati Symbolism In Movies’ video,this one of his looks at Disney movies and explains how/why all these subliminals and symbolism is put in them, as well as the effect it has on children and society.