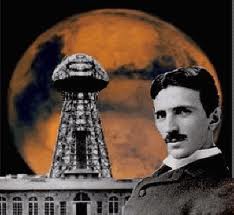 Nikola Tesla is considered one of the most innovative and mysterious men who ever lived on Earth. He was a man way ahead of his time and is responsible for most of the technology we use today. In fact, if Tesla hadn’t invented and researched everything he did in his time, our technology today would be considerably worse.
Tesla’s inventions went far beyond electricity. He made groundbreaking discoveries such as wireless radio communications, turbine engines, helicopters (although it was Da Vinci who first had the idea), fluorescent and neon lights, torpedoes and the X-ray among others. By the time of his death, Tesla held nearly 700 worldwide patents.
In this this video we take a look at a very RARE interview, hidden for nearly 116 years.