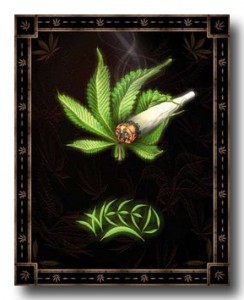 from the Guardian UK

An estimated 17 tonnes of marijuana found in tunnel, one of the most sophisticated of its kind found on US southern border

US and Mexican authorities have found one of the most sophisticated secret drug-smuggling tunnels ever discovered on their shared border.

An estimated 17 tonnes of marijuana were found in the tunnel, which is about 400 metres long and linked warehouses in San Diego and Tijuana, authorities said.

US authorities seized about nine tonnes of marijuana inside a truck and at the warehouse in San Diego’s Otay Mesa area, said Derek Benner, US immigration and customs enforcement special agent in charge of investigations in San Diego. Mexican authorities found about eight tonnes south of the border.

They made the announcement at a news conference near packages of seized drugs festooned with labels of Captain America, Sprite and Bud Light. The markings are codes to identify the owners. . . Read Complete report