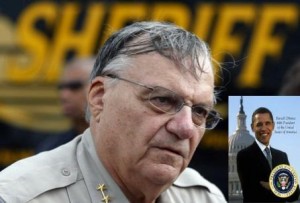 Except for when Obama refused to honor a legal subpoena  to appear in a Georgia court [see links at end of this posting]  I have kept THEI out of the “birthers” quest to find the truth about whether President Obama meets the qualification of being an American born citizen or not because I felt in the end the answer would come out in the normal course of judicial examination and be extensively covered by the  MSM (Main Stream Media).

But I now find that, once again, the Controller’s media chooses to ignore a lawful investigation. This kind of information control is the very reason I added this “NEW Hollow Earth Insider” section to the website as an alternative news source for those who would like to know what is going on around us that, more and more, the MSM ignores.

Whether you believe that Obama is truly a legal President or not you should still be concerned that the MSM seems to decide what to report and what not to report to its viewers and readers.  Win, loose, or draw on this issue I feel any national story as important as this one should be reported. With that in mind here is an overview of the whole story.  Starting with this overview of the Certifi-Gate investigation, unlike the obviously “keep your mouth shut” ordered MSM, we will  continue to follow this inquiry in the pages of THEI until the conclusion. . . EDITOR

Politically incorrect but funny: from Barack Obama Jokes (about Certfi-Gate:)

(A few snickers before we get serious)

Q. Why did Obama wait so long to release his birth certificate?

America now must face its biggest political crisis in history because she has a sitting President whose credentials to hold office can not and will not be verified by the very institutions charged with protecting her, and her media are covering up Certifigate.   ”The document failed every test we put it through,” said lead investigator Mike Zullo who told Sheriff Joe Arpaio “We had a forgery” referring to the document released last year by the White House as being President Barack Obama’s birth certificate.  Speaking at a Maricopa County, AZ press conference in front of a very hostile media scrum on Thursday, March 1, Zullo revealed, “In fact, absent the authentication of Hawaii Department of Health 1961 birth records for Barack Obama, there is no other proof he was born anywhere within the United States.” (1)

Based on their meticulous examination and precise analysis, Zullo and his Cold Case Posse “believe a criminal investigation is needed because fraud has been committed (and) the document is fake!”  The media present shrugged off the very detailed explanation of computer generated forgery Zullo objectively explained, attempting instead to portray Sheriff Joe and his investigators as being driven by politics. . . . Read complete Report

Over the past several weeks, members of the local media continuously asked me what our preliminary findings, which were released on Thursday, would show in the investigation of President Barack Obama’s birth certificate.

They were practically salivating at the opportunity to embarrass me, my highly capable group of volunteer investigators and literally anyone else who would dare show an interest in the possibility that this investigation could lead to any real credible evidence into what they claim has already been “looked into” or “widely debunked.”

During our news conference, my investigators and I laid out a large array of technical information, demonstrations and evidence that no other law-enforcement agency in the country has even considered looking into.

We have produced experts in the creation of electronic documents who will attest that the document in question is a forgery, evidence that the president’s Selective Service registration card is highly suspect and looked far different from any other card we examined from the same exact post office in the same exact month in which his was filed. . . . Read complete report

Editors Note: As reported on April 27, 2011 by The Intel Hub the documents are likely fake. We will see how this scenario plays out as the Sheriff pushes the pot belly demons further behind the curtain.

PHOENIX — Sheriff Joe Arpaio is engaging the POTUS (President of the United States) in the public domain with brute force.

Arpaio’s Posse claims that Obama (if that’s who he really is), has released a forged birth certificate and fraudulent selective service card on a governmental website.

Few in the media chose to cover the real deal, as others spin it.

The fact is the the Sheriff is controversial, the other fact is that Obama’s birth certificate is a forgery.

We give ABC Action News credit for publishing the following;

Arpaio scheduled the news conference Thursday to unveil preliminary results of an investigation, conducted by members of his volunteer cold-case posse, into the authenticity of Obama’s birth certificate, a controversy that has been widely debunked but which remains alive in the eyes of some conservatives.

“We do not have a single document that proves Mr. Obama’s birth in Hawaii or anywhere in the United States for that matter,” Zullo said. “The document is fake, the representation is fake.

“We believe this should be a full blown investigation,” Zullo said.

Authorities have an investigative lead into the forgery, he said, but would not elaborate.

“It is built, manufactured by layers,” Zullo said. “We would like to find the person who pushed the upload button.”

“If nothing else comes out of the investigation …what we have learned, we need a better process to vet people running for president of the United States of America,” Arpaio added. . . Read Complete Report

Arizona Sheriff Joe Arpaio, under federal investigation, has just released the “findings” of his six-month long “five-page investigation” into President Barack Obama‘s birth certificate, announcing he “suspects forgery.” Arpaio, who is not a certified documents specialist, just released a statement that questions President Barack Obama’s “eligibility to be president.” President Obama released his long-form birth certificate to the public on April 27, 2011.