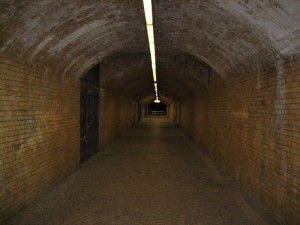 Scientists at the Cavendish Laboratory in Cambridge have used light to help push electrons through a classically impenetrable barrier. While quantum tunnelling is at the heart of the peculiar wave nature of particles, this is the first time that it has been controlled by light. Their research is published 05 April, in the journal Science.

Particles cannot normally pass through walls, but if they are small enough quantum mechanics says that it can happen. This occurs during the production of radioactive decay and in many chemical reactions as well as in scanning tunnelling microscopes.

According to team leader, Professor Jeremy Baumberg, “the trick to telling electrons how to pass through walls, is to now marry them with light.” . . . Read Complete Report