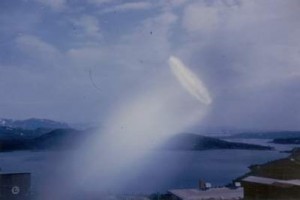 As I have stated a zillion times before, I believe that we will never learn the truth from any world government agency.

When, whatever or whoever, is in control of these advanced craft decides to tell us the trruth, then and only then will we be informed. . . . EDITOR

There’s no smoking gun anywhere in the 6,700 pages, which represent the ninth collection ofgovernment UFO files made public by the U.K.’s National Archives in Kew. But the new batch, which contains documents dating from 1965 to 2008, are full of interesting tidbits nonetheless.

For example, the files recount the story of a hotel owner on the Welsh coast who said she spotted a UFO in 1977. She claimed to see an object the size of a minibus fall from the sky and land in a field at the back of her property. . . . read complete Report