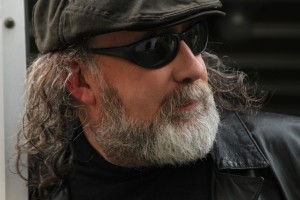 Tonight’s show is dedicated to the memory of one Adam “MCA” Yauch. Adam was an American rapper, songwriter, and film director. He was best known as a founding member of hip hop trio the Beastie Boys, started in 1979 in New York City. He was frequently known by his stage name, MCA, and sometimes worked under the pseudonym Nathanial Hörnblowér.

Yauch founded Oscilloscope Laboratories, an independent film production and distribution company based out of New York City. A Buddhist, he was involved in the Tibetan independence movement and organized the Tibetan Freedom Concert.

The Main guest tonight is UFO Author Mack Maloney. He’s written the book “Ufo’s In Wartime.” He joins us to talk about not only the sightings during war time but also the reasons behind them, and much more.

Mack Maloney grew up in the Dorchester section of Boston and was taught to read and write by the nuns at St. Ann’s School. His father was a veteran of World War II and he used to read military books all the time. As a child, Mack started reading them too, along with a lot of science fiction. He received a BS in journalism and a graduate degree in filmmaking from Emerson College. He was a sports reporter for two years after college before joining corporate America as a publicist for General Electric Company. Mack started writing books in 1984, and has been doing it full time since 1987, penning over 30 books.