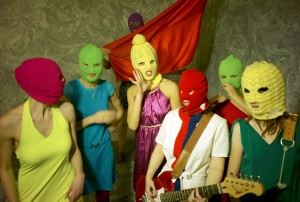 A new film,Compliance, examines “the human desire to follow and obey authority.” Liberal institutions, such as the media, universities, federal courts, and human rights organizations, which have traditionally functioned as checks on the blind obedience to authority, have in our day gone over to power’s side. The subversion of these institutions has transformed them from checks on power into servants of power. The result is the transformation of culture from the rule of law to unaccountable authority resting on power maintained by propaganda.

Music Nerd is host Dan Brown’s unique take on a noteworthy topic in the world of music. Check it out every Tuesday.
Subscribe to the Fuse YouTube channel: http://bit.ly/fuseSub

This week: Dan explains why a Russian punk rock group named Pussy Riot is facing up to seven years in jail, and why artists around the world are rallying support.

Catch up on past episodes of Music Nerd:
http://www.youtube.com/playlist?list=PL343E75A5D75D161B&feature=plcp