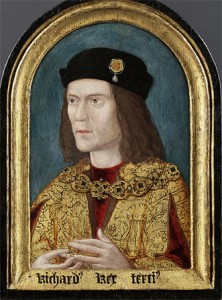 ScienceDaily (Sep. 12, 2012) — A team from the University of Leicester is today (Wednesday September 12) announcing a dramatic development in the search for King Richard III.

The search, which has entered a third week, has uncovered evidence of human remains — the first time in the search that this is disclosed.

The University of Leicester is leading the archaeological search for the burial place of King Richard III with Leicester City Council, in association with the Richard III Society.

Over the past two weeks, the team has made major discoveries about the heritage of Leicester by: . . . Read Complete Report