Archaeologists to Mount New Expedition to Troy (+) Full Feature Presentation: “In Search of the Real Helen of Troy” 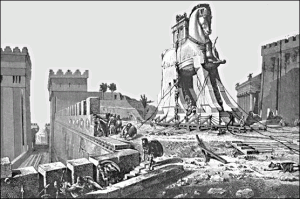 ScienceDaily (Oct. 15, 2012) — The ruins of ancient Troy will be examined by a cross-disciplinary team of scientists in an expedition led by UW-Madison classics professor William Aylward.

Troy, the palatial city of prehistory, sacked by the Greeks through trickery and a fabled wooden horse, will be excavated anew beginning in 2013 by a cross-disciplinary team of archaeologists and other scientists, it was announced today (Monday, Oct. 15). . . . Read Complete Report

In Search of the Real Helen of Troy

Helen of Troy: She is ‘the face that launched a thousand ships’; the woman blamed for the Trojan War — a conflict that caused countless deaths — but who was the real Helen of Troy?