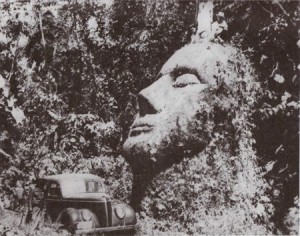 Originally discovered in the 1950’s, a large carved stone head has been found again deep in the jungles of Guatemala.   The stone head was rumored to have been destroyed several decades ago but a good number of eye witnesses have recently come forward claiming they have seen and know where the object is located.   A team of archaeologists and scientists from several Guatemalan Universities are planning on an expedition to confirm these reports and plan on announcing their findings once they return.. . . Read Complete Report