It’s a shame that the politicians had to escalate this local case to the point of being a national issue.  Then to bring Zimmerman to trial for 2nd degree murder when the prosecution didn’t have enough evidence to prove that. But what if they had tried him for manslaughter?

With the help of the Controllers media the race card was thrown in to get the country in an uproar about this case to try and push to the back burner the crimes of Obama and his administration. . . . EDITOR

The New Black Panther Party is offering a reward for the capture of George Zimmerman in the Trayvon Martin case.

Florida: Bill for medical use of marijuana filed in Florida Senate

Top ten hemp legends: Which myths are true — and which went up in smoke?

Did Henry Ford really make a car out of hemp? Was the Declaration of Independence written on hemp paper? Did Abraham Lincoln use hemp oil in his lamps?

The hemp plant, a variety of Cannabis sativa that’s the subject of this week’s cover story “Green Acres,” is steeped in lore. Some hemp legends are true. Others are half-true, and some are completely false. Here, we present ten hemp myths culled from the Internet — and attempt to separate the fact from the fiction.

A group of hemp farming supporters visited Mount Vernon during Hemp History Week, May 17 – 23, 2010, and were taken on an educational tour exploring George Washington’s farming and use of industrial hemp. Tour guides show the areas where hemp was grown at Mount Vernon as well as how George Washington used hemp for textiles, fish nets and other purposes. More info at Hemp History Week: http://www.HempHistoryWeek.com 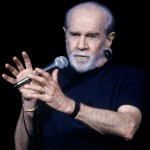 *Disclaimer: I do not own any clips or music. All clips and music belong to their respectfull owners. I do not earn any money with this video. This video is for enjoyment or information purposes only.

Category: The Humor of it All / Tags: Carlin, George, have, No, rights, video, you
Site built and maintained by Possum Holler Studios