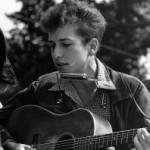 There are all kinds of Conspiracies and cover-ups going on in the secretive world around and below us. One of the worst we are facing is the lose of any free press. And we are trying to keep our readers here at THEI abreast of all the stories the Controllers media, for whatever reason, seems to ignore so often that it has become blatantly obvious.  Since I added this NEW Hollow Earth Insider alternative news section to our site we’ve reported on stories they just refuse to talk about.  Well, I found another. When over the last several years have you heard about THIS from our vigilant media? Me neither.

Actually the story it self has everything;  we start with the Rock Legend Bob Dylan, the undisputed leader of flower power and the hippie movement of the 60s-70s add in a literately unknown song writer from the same time-period with rock solid proof of his claims, add in plagiarism, a should-have-been-high-profile court case and a cast of music bigwigs, sprinkle in a handful of characters and this story should be way out front.  yet the story goes unmentioned by the main stream media.

But it was Mr. Damiano’s evidence and his promise of revealing connections to the media blackout of the case involving conspiracy red-flag contenders the Federal Reserve Bank and Goldman Sacs.  Just my meat. I”l be following this closely.  …EDITOR

“No artist can lay claim to the controversy that has surrounded the career of songwriter James Damiano. Thirty two years ago James Damiano began an odyssey that led him into a legal maelstrom with Bob Dylan that, to this day, fascinates the greatest of intellectual minds. . .”

And while on the subject of Bob Dylan. . . . UPDATE

Bob Dylan will be on display for Paris to see in a photo exhibit, along with that Dylan is set to release a new CD collection this year.

Bob Dylan will be honored in a new photo exhibit, located in Paris, and will be releasing a new CD box later this year, according to the Christian Post. . . . Complete Report

And the world continues to turn . . . EDITOR