The VICE News Capsule is a news roundup that looks beyond the headlines. Today: NSA whistleblower Edward Snowden could be in talks to return to the U.S., Bolivian authorities find tons of cocaine packaged as tea, Kenya’s president destroys $30 million in confiscated ivory, and Syrian pharmacists look to herbal remedies to treat patients as supply shortages continue.

Former CIA analyst and The first Secretary of Homeland Security joins MidPoint to provide commentary on the possibility of Edward Snowden returning to America to be prosecuted. What damage did he do to our intelligence? What is the best outcome for the U.S. in this situation? Plus Martin Dempsey “We need boots on the ground in Syria” and Libya’s request for U.N. arms, jets and tanks.

The chairman of the Iowa Republican Party’s platform committee says the group is intentionally questioning President Obama’s citizenship with the wording in one section of the document. It calls for presidential candidates to “show proof of being a ‘natural born citizen’ of the United States.”

“There are many Republicans who feel that Barack Obama is not a ‘natural born citizen’ because his father was not an American when he was born and, therefore, feel that according to the Constitution he’s not qualified to be president, should not have been allowed to be elected by the Electoral College or even nominated by the Democratic Party in 2008, so this is an election year. It’s a shot at him,” Racheter said. . . . Read Complete Report 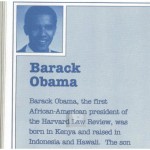