It’s going to be fun waiting and watching just to see how long the Controllers main stream media talking heads can keep this story off the idot box. And the fun part is Knowing, no matter how bad they want to black list this story, sooner or later they will have to start reporting on it.

If I was a gambling man I’d start a pool as to when they will FINALLY have to wake American’s up to  know just what kind of man the majority of American’s put in the White House not once but twice.

Where our country is in DEEP DO-Do is the fact that a large group of American’s think that the trickster in the White House is Jesus Christ the 2nd and can do no wrong. When the Obamabot zombies hear what has been found out about “Mister Bones”, no matter the scope and amount of evidence, they will NOT be able to weigh the evidence rationally, and I believe they will become violant. . . EDITOR

Continuing to cover the story that ALL of the mainstream press refuses to even think about. We feel that this is one of the most important investigations in the history of the united States presidential elections. These questions need to be answered before November, so we continue to bring it forth. . . .EDITOR

Lt. Col. Terry Lakin is the author of Officer’s Oath: Why my Vow to Defend the Constitution Demanded that I Sacrifice my Career, a tell all first hand account of his faith and patriotism which ended up resulting in a court-martial, imprisonment and the stripping of all military rank and privileges, including his Army pension all because he challenged Barack Obama’s eligibility. In reading this one has to ask the question, why would Barack Obama allow a fine military man like this to go to jail, when he could have simply provided the documentation and that soldier would have done his duty.

Lakin refused to obey deployment orders, arguing that Obama had not documented his eligibility for the presidency under Article 2, Section 1 of the U.S. Constitution. . . . Read Complete Report

Mr. Bennet, if you found any time to watch Sheriff Joe’s most recent press conference on July 17, 2012, you would have noticed the critical information that Detective Mike Zullo presented.  He uncovered that since 1955, when Hawaii changed many of their laws as it pertained to birth-certificate validation requirements, anyone that paid a utility bill for twelve months could come and claim that a child was born in Hawaii. And within twelve months of that birth, they would be granted a valid Hawaii birth-certificate.

Once again, Mr. Bennet, Detective Mike Zullo has re-opened the door for you to demand that Hawaii provide additional supportive documentation as their own laws require in order to validate anyone’s Hawaii birth certificate.  The truth is that few people are ever given a second chance in such a critically important situation as you yourself have been given. Hopefully, you will take this opportunity and help to change the direction that America will be taken should Obama win a second term. . . . Read Complete Report

WOW THIS IS GOING TO BE SOME SHIT GUYS !
On July 17th a press conference is scheduled to be held in Arizona. Literally, piles and piles of evidence will be presented exposing the Fraud of the ObamaNation “presidency!”
STAY TUNED! . . . Text wilh video 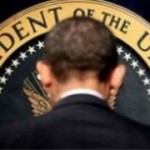