Manifest Destiny: The Planned Destruction of the Original Native American

EVERYONE MUST KNOW THIS before it is deleted, Why is the US government always hiding it 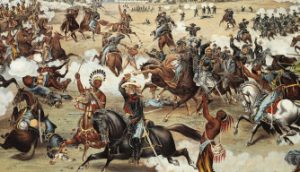 The Resident: Your Obsolescence is Planned

When Apple released its new iOS7 operating software, many people complained that it slowed down their older iPhones. The media promptly released stories, wondering if Apple was doing this intentionally, as a way to get people to buy new phones. The Resident (aka Lori Harfenist) discusses. Follow The Resident athttp://www.twitter.com/TheResident

A well-known author, who dedicated his work to the events of September 11, Phillip Marshall, was killed. His two children and even his dog were killed too. The first version said that the man killed his children and then himself. However, the Americans have strong doubts about this version. Recently, quite a number of strange murders have taken place in the U.S.

The bodies of Phillip Marshall, his two children and the dog were found only on the fourth day after the murder. This is very strange, given the fact that the man lived in a small elite town, predominantly with white population, where everyone knew each other well. . . . Read Complete Report

An analyst says Phillip Marshall was killed to suppress surprising information he was about to release in a new book that would embarrass the official 9/11 story-line.

THE BIG BAMBOOZLE: 9/11 and the War on Terror by Philip Marshall (Full Interview)

THE MAIN MESSAGE IS: GET THIS INTO THE COURT SYSTEM!!!