Power Plants in the Sky?

Featured Image: Each drone in a network can power itself and also deliver 50 kW of usable energy (Image: New Wave Energy UK)

Welcome to the home page for New Wave Energy UK LTD. We are an upcoming energy provider within the UK currently working towards researching and constructing our own novel form of power plant. As a new form of intellectual property which is currently patent pending, we aim to address many of the issues the utilities sector faces today and tomorrow.

Our solution for the problems affecting the utilities sector and the environment today is for a high altitude aerial power plant. Our solution is one which can harness energy from solar, wind and other sources at high altitudes. The technology is tailored to operate at 50,000ft where wind patterns are more reliable, solar production is greater and there is little or no interference from weather patterns.  . . Go to Website. 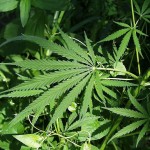