The ExoHand from Festo — an active manual orthosis with sensitive fingers
The ExoHand from Festo is an exoskeleton that can be worn like a glove. The fingers can be actively moved and their strength amplified; the operator’s hand movements are registered and transmitted to the robotic hand in real time.
Further Information: http://www.festo.com/en/exohand 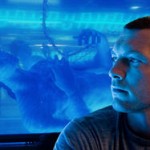 by Evan Ackerman
IEEE Via Wired.com
Fri, 17 Feb 2012 11:17 CST
In the movie Avatar, humans hooked themselves up to brain-machine-interface pods with which they could control giant genetically engineered human-alien hybrids. It’s just a movie, but DARPA, the U.S. Defense Advanced Research Projects Agency, doesn’t care: It wants this kind of system to be real, just replace “giant genetically engineered human-alien hybrids” with “robots.”In its 2012 budget, DARPA has decided to pour US $7 million into the “Avatar Project,” whose goal is the following: “develop interfaces and algorithms to enable a soldier to effectively partner with a semi-autonomous bi-pedal machine and allow it to act as the soldier’s surrogate.” Whoa.. . . Read complete report
Category: Robotics / Tags: avator, DARPA, human-alian hybrids, robit, robotics
Site built and maintained by Possum Holler Studios