Back in August, a Wave Glider robot named Alex, from Liquid Robotics, headed out into the Caribbean on a mission to measure ocean temperatures and improve hurricane forecasting.

This week, Alex’s sibling robot, Mercury, battled directly through Hurricane Sandy 160 km due east of Toms River, NJ, and the now-decimated Jersey Shore. It met the storm at the point labeled 110 in the map below and traveled with the hurricane to the point labeled 100. . . . Read Complete Report

(October 28, 2009) Roger Hine of Liquid Robotics discusses the Wave Glider, a new technology dedicated to collecting data about the ocean. The Wave Glider uses solar panels to harvest energy from the sun to propel itself, allowing for the Wave Glider to travel long distance without needing to refuel. 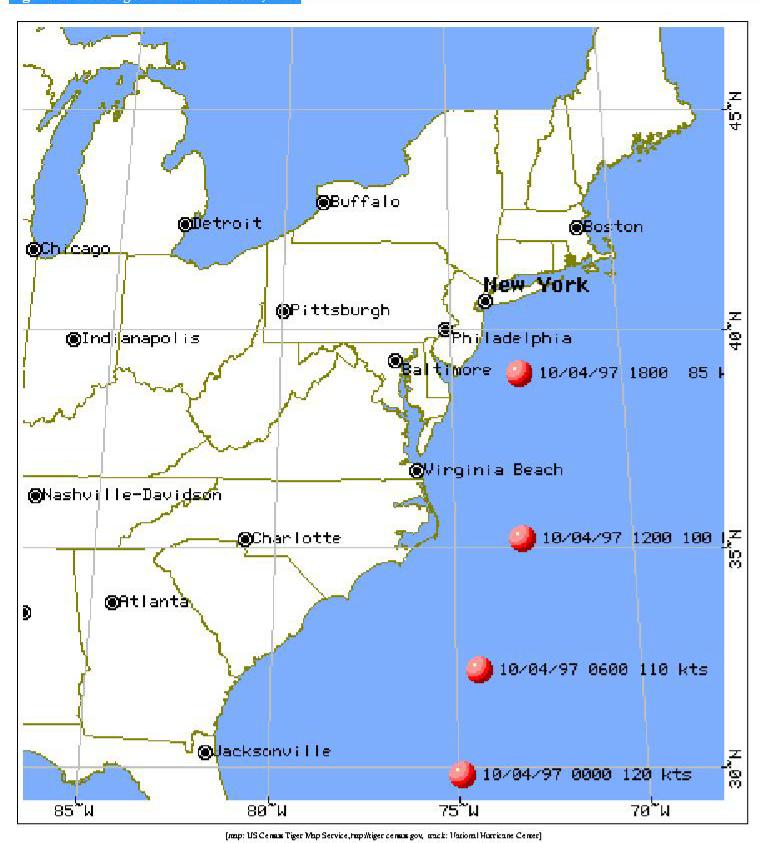 Map: Here is the five day projection for Sandy,  Is this the REAL October surprise? Note the projected erratic swing into the most populated areas in the US.

Note the path of the projected storm, Sandy.  Its heading out to sea and then is suppose to make a hard left hand turn right into the most populated area in the country. Does that path look natural to you?  Go back and look at the paths of the recent storms I have covered which seem to be following a pattern of weird changes in direction.  [Links at end of this report]   Then Google up charts for storms from years ago.  Bet you’ll see what I find interesting. SOURCE OF MAP: National Weather Service.

Having grown up and spent much of my life in Florida I have been a student of tropical storms and hurricane’s since at least the beginning of Jr. Hi (that’s middle school to those of you too young to remember). One of the things that has always interested me is the paths the storms take.  Another think that interested me at the time was our governments involvement in experimenting with the weather control they started perfecting during the Vietnam war.

Now, I find it interesting that, once again, a major hurricane is coming ashore just in time to keep people away from the polls whether it follows the projected path or not.  Just the fact that it is coming will keep a lot of people away from turning out to vote. Tropical Storm ISSAC was projected to hit Tampa during the Republican Convention.  It only skirted the town yet it sure put a damper on all of the protests planed for the convention.

At the end of this report you will find the links to reports on some of the storms that I believe have been controlled by the government and why I believe each of them should be taken into the picture. Sandy may be the next one on my list. Let’s watch its path closely. . . EDITOR

Source: National Weather Service. Note the path this one is projected to take. Compare with our study storms linked below. Then go look at the paths of storms 20 years ago.

The Weather Channel declines to rename ‘Frankenstorm’ as ‘Athena’

Cable weather network had announced plan to name winter storms, but this one is all Hurricane Sandy, TWC says

It’s “Hurricane Sandy” to many, “Frankenstorm” to some and “Winter Storm Athena” to no one.

Nonetheless, The Weather Channel says it’s not backing off its plan to name this year’s winter storms, the first of which would be Athena. This just isn’t her.

What has become popularly known as an impending “Frankenstorm” — a potentially devastating and highly unusual mix of tropical and winter weather approaching the mid-to-upper Eastern Seaboard — is being called simply Hurricane Sandy by The Weather Channel, along with the National Weather Service, the National Hurricane Center and other forecasters. . . . Read Complete Report