The Aliens Have Landed in Indianapolis!

This will mark the fourth year in a row that this author has attended StarBase Indy. And it is always a fun time. Hanging out with the stars (and fans) of Star Trek, Stargate, Battlestar Galactica, or Star Wars, is an interesting conflagration of weird make up, costumes, (currently) impossible technological gadgets and gizmos, maybe a little magic and time travel for good measure. And it’s an escapist dream come true. Last year I went in my character of Jabez Cain, time-travelling mercenary slash troubadour.

As  a truly unique experience, Starbase Indy is right up there with a tenth row seat at a Weird Al Yankovik stage production: Amazing fun, amazing costumes, amazing organization and coordination. It all leaves you wondering just what the hell happened and when can we do it again?   This year, in addition to promoting my books and magazines, we’re there showcasing our newly incorporated enterprise, Possum Holler Entertainment, LLC. Video and audio capture, editing, mixing, reproduction, and performance support, event coordination and promotion. Stop by our table to hear or view some sample pieces and discuss what we can do for you.

Contributor’s Note: This will be the third year in a row that I have covered this convention and I am still thrilled! The organization, quality of guest stars, the displays, the side bar activities, and the shows keep this among the top cons in the genre. (Characters and source images are property of Universal Studios or MGM, used w/ permission)
When does 9 plus 1 equal 18? When stars from Star Trek: Deep Space Nine, Stargate SG-1 and Star Trek: The Next Generation combine for Starbase Indy: The 18th Generation Nov. 29 to Dec. 1. It’s a science fiction convention run by the fans, for the fans.
For this year’s event in the Indianapolis Marriott East at 7202 E. 21st St. , Rene Auberjonois (Odo) and Armin Shimerman (Quark) from Star Trek: Deep Space 9 will beam aboard. Joining them will be Teryl Rothery (Dr. Janet Frasier), Jay Acovone (Maj. Charles Kawalsky) and Musetta Vander (Shan’auc/Shauna) from SG-1 and Suzie Plakson (Worf’s mate K’Ehleyr) from Star Trek: The Next Generation. Besides Q&A sessions with the stars, fans can meet and mingle with the stars in the Marriott atrium.
And how about a Battle of the Bands – Federation vs. Klingon style? Catch the musical fireworks between the groups iL Troubadore and Five Year Mission. This year marks round three of the battle.
Science as well as science fiction has been an important component of Starbase Indy for many years. Among presentations this year will be talks on physics and forensics science, as well as superheroes and strong females. Take the kids along to enjoy children’s programming, including the Dow AgroSciences Science Ambassadors, who will provide hands-on science experiences.
For gamers, the Indy Knights game wing, The Imperial Remnant, will train recruits in “Revenge of the X-Wing,” a fantasy flight game; other sci-fi games are also planned for Star Wars and Star Trek fans. For interactive play, the Artemis Spaceship Bridge Simulator will give teams of people the chance to feel what it’s like to be on a starship bridge.
Starbase Indy attendees can dress as their favorite science fiction character during the weekend, indulge in some cosplay and participate in the masquerade contest on Saturday night. Other diversions include the Dealers Room with merchandise most Black Friday shoppers won’t find, and the Con Suite, where attendees can relax, socialize and pick up a quick snack.
The convention even hosts workshops on knitting for nerds and filmmaking.
During the three-day convention weekend, Starbase Indy attendees can obtain a 20% discount on admission to the world-class Children’s Museum of Indianapolis by showing their badge.
Online registration for all three days of Starbase Indy is $50 through the cutoff date in November, and $55 at the door. Daily rates are available at the door: $30 for Friday, $45 for Saturday and $35 for Sunday. Children under 12 are free. For more information or to register, go to www.starbaseindy.com or call 317 513-8651.

Starbase Indy, You Will be Assimilated

I just love it when somebody “gets in the spirit” of the celebration. In this case, the “celebration” is StarBase Indy, a Star Trek convention in Indianapolis Thanksgiving weekend. The Shane Company is sponsoring a portion of the “CON” insomuch as they paid to transport and secure a NASA moon rock for display at the Marriott Indianapolis East 21st Street venue.
However, if the ad agency is aware of the implications and irony of the ad, I would be very surprised. This is not an ad that would appeal to most bachelors, although Trekkers are not most bachelors. I wonder if the rocks on that ring are dilithium crystals…

I also wondered what they would do as a hand model recruiting ad for this sheet.

Category: It's a Strange World After All, Rick Osmon -Paper Jammin, The Humor of it All / Tags: star trek, Starbase Indy, transport, trekkers 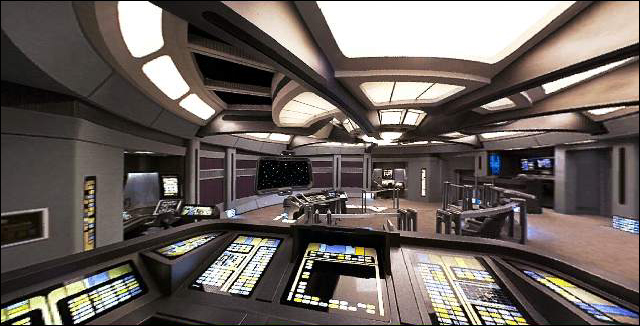 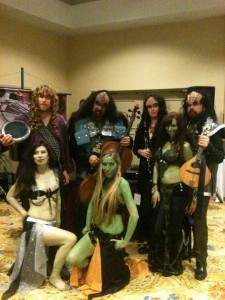 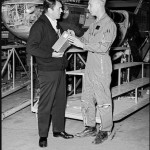