From lost jewels in decades past to mysterious skulls that may explain the origins of man, we count 15 of the rarest treasures you may or may not still be able to find in the world to this day

Treasures of the Superstition Mountains (w/video)

Treasure of the Cursed Superstition Mountains

by The Lost Dutchman

R.G. Babcock and Norman’s Story of the Painted Rock

A certain “Norman” told author R.G. Babcock the story of an old Blackfoot Indian about a large horseshoe shaped outcropping of sandstone, called Painted Rock. The entire inside walls of this natural amphitheatre were heavily painted by former Indian visitors.

When this Norman was a boy of about 10 or 12 years old, an old Indian came to his school to talk about Indian customs.  He claimed to be 100 years old, and he said he was a Chief of the Blackfoot tribe. His name was Horse Eagle. He was full Indian dressed with buckskin fringed trousers, beaded vest and war bonnet. . . . Read Complete Report

The Lost Dutchman Mine: One of America’s Haunting Mysteries

What strange secrets lie hidden near Superstition Mountain in Arizona? Did a lone miner really discover a fortune in lost gold here? And what strange force has caused a number of adventurers to die brutal deaths and vanish without a trace in this rugged region?

Located just east of Phoenix, Arizona is a rough, mountainous region where people sometimes go… only to never be seen again. It is a place of mystery, of legend and lore and it is called Superstition Mountain. According to history, both hidden and recorded, there exists a fantastic gold mine here like no other that has ever been seen. It has been dubbed the “Lost Dutchman Mine” over the years and thanks to its mysterious location, it has been the quest of many an adventurer… and a place of doom to luckless others.

What strange energy lingers here? What has caused dozens of people who seek the mine to vanish without a trace? Is the answer really as the Apache Indians say? Does the “Thunder God” protect this mine… bringing death to those who attempt to pillage it? Or can the deaths be linked to other causes? Are they caused, as some have claimed, by the spirits of those who have died seeking the mine before?

Let’s explore all of these questions and journey back into the haunted history of the Lost Dutchman Mine… and uncover the numerous deaths and the violence that surrounds it. . . .   Read Complete Report

This is a clip from the 1990’s TV show “The Lost Dutchman’s Mine”. This program is full of historical and rare interviews with individuals like noted prospector and author Barney Barnard who passed away in the 1960’s. Barnard was part of a posse that discovered the bodies of many of those murdered while searching for the Dutchman’s gold mine. This show as well as the entire series “The World of Treasure”hosted by philip Michael Thomas is now available on DVD from http://www.amazon.com/shops/twothumbsupdvd 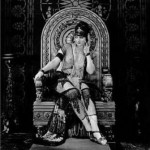 A British excavation has struck archaeological gold with a discovery that may solve the mystery of where the Queen of Sheba derived her fabled treasures.

A British excavation has struck archaeological gold with a discovery that may solve the mystery of where the Queen of Sheba of biblical legend derived her fabled treasures.

Almost 3,000 years ago, the ruler of Sheba, which spanned modern-day Ethiopia and Yemen, arrived in Jerusalem with vast quantities of gold to give to King Solomon. Now an enormous ancient goldmine, together with the ruins of a temple and the site of a battlefield, have been discovered in her former territory. . . Read complete report