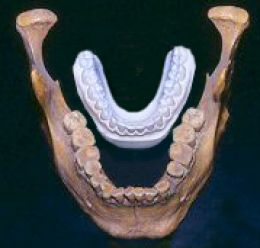 The Paiutes, a Native-American tribe indigenous to parts of Nevada, Utah and Arizona, told early white settlers about their ancestors’ battles with a ferocious race of white, red-haired giants. According to the Paiutes, the giants were already living in the area.

The Paiutes named the giants Si-Te-Cah that literally means “tule-eaters.” The tule is a fibrous water plantthe giants wove into rafts to escape the Paiutes continuous attacks. They used the rafts to navigate across what remained of Lake Lahontan.

According to the Paiutes, the red-haired giants stood as tall as 12-feet and were a vicious, unapproachable people that killed and ate captured Paiutes as food. . . . Read Complete Report