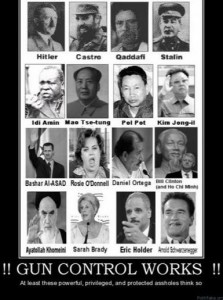 WASHINGTON (AP) – On the eve of a new year, a libertarian strain pulses through America _ a get-government-out-of-my-personal-life sensibility that cuts across ideologies and is driven by a younger generation’s cultural attitudes.

We’ve seen it in gay-marriage legalization and marijuana decriminalization. And in the fact that, four decades after Roe v. Wade allowed abortion, there’s little appetite among most for overturning it. Perhaps we’ve also seen this play out with guns, with a more limited role for government in regulating firearms. . . . Read Complete Report

The Future of Gun Control