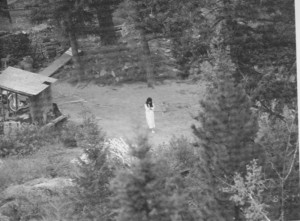 With the coming year already looking to be a year of more taxes and less guns I thought it might be time for us to take a look back at the stories of two of America’s unsung heroes.  Both super patriots, and both targeted to be taken out by rogue government agencies over the above issues. Shall we let them have died in vain?. . . .  EDITOR

Well it’s tax time people…and for those of you who don’t remember… or never heard the story…I thought I might send this along for you to see just how enslaved we are…and what might happen if you fail to pay homage to your master, the federal government.

In 1968, Tax Protester Gordon Kahl stopped filing IRS 1040 Income Tax Returns. For 9 years thereafter, the IRS ignored him, but in 1977 after Gordon Kahl spoke on an evening radio talk show regarding the illicitness of the income tax, some 250 phone calls would come into the radio station over the next two days; either supporting Kahl in some aspect, or pledging never to file another tax return. . . . Read Complete Report

The documentary film that took us behind the gun battle at Medina between North Dakota farmer Gordon Kahl and the IRS over Kahl’s outspoken public opposition to taxes and bank farm foreclosures in the late 1970’s. This documentary retraces the subsequent cross-country manhunt and examines Kahl’s violent and suspicious death in Arkansas in 1983, as well as new evidence discovered during Kahl’s exhumation.

This award-winning documentary film as well as additional unreleased footage is now available for the first time on DVD at the studio web site (taoslandandfilm.com)

This video is presented to exhibit the ruthless actions of Federal agents and their murder of helpless women and children during the Ruby Ridge “Siege”. It is NOT an endorsement of any form of racism or separatism. The channel holder is avidly against any racism in any form.