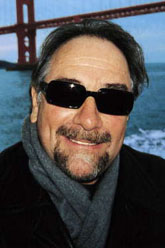 I personally believe that until we overthrow the the-so-called ‘two party’ system we are just spinning our wheels when it comes to government reform.  While my choice, and the those with the best ideas for change that I woud like to see, is the Libertarian party. Others have different ideas, but bottom line, we NEED a third (really 2nd) choice. . . . EDITOR

Michael Savage, one of the nation’s most prominent voices in talk radio, said today America is “absolutely” ripe for a third party, in part, because the two largest parties in the U.S. have pulled a “charade” on the American people.

“There is no Republican Party,” Savage told fellow talk show host Aaron Klein. “It’s an appendage of the Democrat machine, as we’ve all just seen. It’s two-card Monte, as we well know. It’s a game being played against the American people. You’ve got the drunk Boehner on the one side, and the quasi-pseudo-crypto Marxist on the other, who is really just enjoying the ride in Hawaii right now, representing his factions.”. . . Read Complete Report