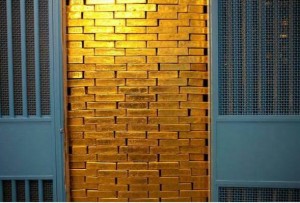 On April 5, 1933, President Roosevelt signed Executive Order 6102 making the hoarding of gold certificates, coins and bullion illegal by American citizens, forcing them to sell their gold to the Federal Reserve. The value of the gold held by the Federal Reserve increased from $4 billion to $12 billion between 1933 and 1937.

“On March 6, 1933, Executive Order (EO) 6073 was passed by Franklin Delano Roosevelt (FDR), the 32nd President of the United States in an attempt to solve the dire banking crisis. Executive orders have been around since 1789, allowing Presidents to issue legally binding orders unilaterally, without the consent of Congress. During his Presidential tenure, from 1933 to 1945, Roosevelt would issue 3,728 Executive Orders. This was his third and it was a doozy. . . . Read Complete Report

None dare call it conspiracy: Origin of evil

A comprehensive in depth overview on how and why money was corrupted.