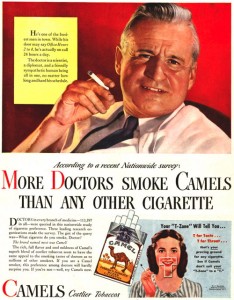 We present a  report on the most sucesseful television mind control campaign ever perpetrated on the peoples of the world. It all started by making the price of their new propaganda machine, the ‘TV’, cheap enough to quickly put one in every home in the 1950’s, then start pushing their products right in your living room as often as possable. And we watched and listened and bought and inhaled until cigaretts were killing more people than natural causes. . . . EDITOR 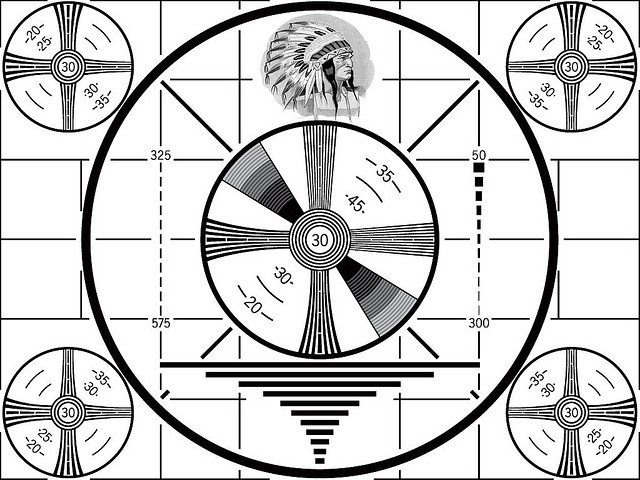 From The Amo Times

How do you make a billion dollar out of a product that makes people sick and stink?

Well you use MIND CONTROL!

Mind Control is by definition programming someone’s mind subtly to do what the controller tell them to do. . . . Read Complete Report

Let’s take a look at some of the television cigarette commercials used in the early mind control methods to make people want to smoke through their commercials.  Those of you not old enough to remember keep in mind that these commercials ran over and over day after day just as the products commercials they want us to use run constantly.  Of course if you want to really control what people to buy the obvious place to start your indoctrination is with your children. . . EDITOR

This old TV commercial is totally unbelievable! In the Flintstones’ first season on ABC, the original sponsor was Winston Cigarettes. If they tried this today they would have a riot on their hands! 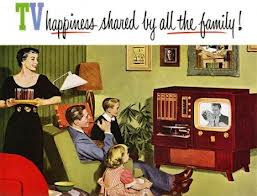 Amazing how far we have come. now people now the serious effects of smoking and they still do it. This is what I am asking.. with all the people who die a year from smoking how come the cigarette companies have not been prosecuted for genocide?

Directed towards the teenagers…..

!n 1969 Phillip Morris decided to direct their mind control marketing towards young girls and woman with their “Virginia Slims” campaign. It was a hung success. . . EDITOR

With recommendations from all of your movie and TV heroes smoking cigarettes and telling us it is  not only healthy,  they enjoy it. So why not you?

The killers at Raleigh Cigarettes  saw a chance, not only to sell cigarettes, but to get in on the fast growing mind-control use of the Television propaganda machine to get the audiences to want to purchase a constant supply of stuff!  That something new was to offer coupons inside packs of cigarettes. the more you smoked, the more free stuff. . . . Double mind control.

Lucy and Desi seemed to talk from both sides of the mouth. While they huffed and puffed Phillip Morris on “I Love Lucy”, they rented out their facillities to rival Raleigh for commercials. Here are some of their spots.

Marlboro started using one of today’s most popular mind-control methods along with the visual of TV and famous people – Popular music.

Probably the most remembered cigarette mind-control campaign was the those ads put out by Marlboro using the theme music fro one of the most popular western movies of the day, “The Magnificent Seven.”

Years later The Duke made another commercial.  Although not a mind-control cigarette commercial I thought it to be be a fitting ending video for this report. . . . EDITOR